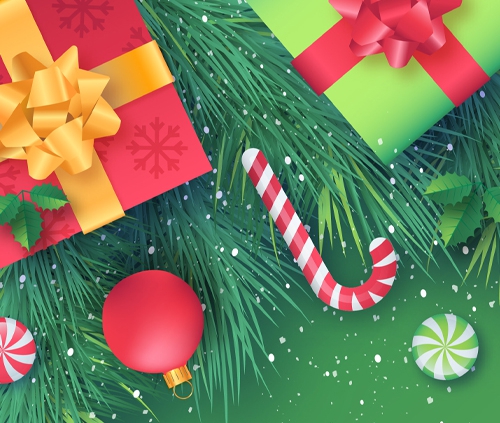 With the festive season fast approaching and our Carols at Camberwell event happening tonight, it is my delight to welcome Head of Religious Education, Dr Rev Duncan Reid to share with you a Christmas reflection in this weeks CamNews.

The Prince of Peace: a Christmas Reflection

‘Glory to God in highest heaven, and on Earth – Peace’ (Luke 2:14). In these words, according to Luke, the angels greeted the shepherds on that hillside outside of Bethlehem, one cold night, a long time ago. Several hundred years earlier, Isaiah had predicted the coming of the Messiah as ‘Prince of Peace’ (Isaiah 9:6). So peaceseems to be a bit of a theme with this baby, whose birth we celebrate at Christmas time. In the time of Isaiah, and many centuries later, when his prediction finally comes true, peace was something people desperately longed for.

And for us, in our time – not a lot seems to have changed. We also find ourselves to be in need of peace. We hear of conflicts in the Middle East, and of great world powers jockeying for position in our part of the world, and the continued stockpiling of nuclear weapons around the world. Usually we think of peace, and our need for it, as peace between human beings. Everywhere we look we see lack of peace, between nations, between ethnic and religious communities, between political positions, between individuals. The Prince of Peace puts a question mark to all this.

In addition to these obvious instances of conflict and preparedness for conflict, we need to consider a more hidden scene of conflict, that between humankind and the Earth itself. Ever since the early modern scientist Francis Bacon (1561-1626), made explicit our human quest to interrogate nature, we human beings have been doing just this. We have forgotten that Bacon also said we ‘command nature by obeying nature’; or rather, we have tended to emphasize the commanding at the expense of the obeying. We have often resorted to the most invasive means of interrogation at our disposal, and we have been very efficient at what amounts to this attempt to command the Earth and its creatures, both human and non-human. We have been far less effective at sitting quietly and listening to what the Earth, and nature itself, have been trying to say to us.

Furthermore, this quest to interrogate and command Earth has been driven by the perception that conflict – the ‘law of the jungle’ as we sometimes call it – is the natural state of living things. We have presupposed that something other than peace is the default position for mutual human interaction, and human interaction with the Earth. Yet now we are slowly learning that maybe, just maybe, it is co-operation – between species of plants and animals, for example – that is nature’s preferred way of operating. The real law of the jungle may in fact be one of cooperation, and of symbiosis. Maybe this is what the Prince of Peace has been trying to tell us all along. And we are waking up to this reality far too late.

So what might the Prince of Peace be saying to us, now, after so long and so damaging an attempt to command nature? He may be saying, as he did at the start of his ministry: think again! we need to change our behaviour (Mark 1: 15). We are not meant to be in conflict with the Earth. It is time to start listening, quietly – to Earth itself.

Miriam-Rose Ungunmerr-Baumann AM, a Christian Ngan’gi woman from Northern Australia, reminds us that Australian Aboriginal people have always known the value of listening, ‘an inner deep listening and quiet still awareness’, as she puts it. ‘We could not live good or useful lives unless we listened. This was the normal way for us to learn – not by asking questions.’ This includes listening to Earth and its creatures.

This is not so far from the wisdom Jesus would have listened to as he grew:

Four things on earth are small, yet they are exceedingly wise:
the ants are a people without strength, yet they provide their food in the summer;
the badgers are a people without power, yet they make their homes in the rocks;
the locusts have no king, yet all of them march in rank;
the lizard can be grasped in the hand, yet it is found in kings’ palaces.
(Proverbs 30: 24-28).

Maybe, we need to listen again to God’s advice to Job, and should stand in awe of the natural world:

Do you know when the mountain goats give birth? Do you observe the calving of the deer?
Is it by your wisdom that the hawk soars, and spreads its wings toward the south?
Is it at your command that the eagle mounts up and makes its nest on high?
(Job 39: 1; 26-27).

Look and listen, and be aware. Jesus was to go on and offer this sort of wisdom himself: ‘Consider the ravens: they neither sow nor reap…. Consider the lilies, how they grow: they neither toil nor spin’ (Luke 12: 24; 27). Look and listen, listen deeply, to what these creatures have to say to us, on their own terms. Maybe this is the Christmas message we need to hear, for our own times.

In the 19th century, the Jewish Rabbi Samson Raphael Hirsch (1808-1888) offered an interesting new interpretation of the ‘us’ in Genesis 1: 26, where the Lord says: ‘Let us make humankind in our image.’ Hirsch suggested we might think of it as God speaking to all the created beings that had already been brought into existence and given life. Because human beings, the late-comers on the scene, might develop the capacity to change and even endanger the Earth, God consults them, Earth and its living inhabitants, to ask if they approve of bringing such a creature into existence. God listens to their opinions.

For Christians, the Prince of Peace has come among us at Christmas, the child of God. But all creation still ‘waits with eager longing’ (Romans 8: 19) to see us living as the Prince of Peace would have us live, as real children of God, children who will live at peace with Earth. Let’s think of this as we contemplate the traditional Christmas crib this year, and notice not just the shepherds and wise men, but also the sheep, the oxen, the donkey, and all the other non-human creatures gathered so peacefully there.

Each year the Chair of Council presents a report at the Year 10-12 Presentation Evening.
Please find the 2019 report attached below for your information.